Network-based systems are an essential part of the modern life: we depend on complex systems in different scales from small embedded mobile devices connected to the Internet to large distributed computer systems. Performance, correctness, security, and dependability of these systems are of vital importance for the today’s modern society. The world-class invited speakers of this summer school share their knowledge and experience on different aspects of these compelling challenges, including real-time analysis of network traffic, software-defined networking and conformance testing for communicating systems.

The intended audience of the summer school are researchers and graduate students with some research background in computer science and engineering or closely related fields.

Sadegh is an assistant professor in the Computer Science and Engineering department of Shahid Beheshti University. He has received his PhD from Sharif University of Technology. His research interests includes complex networks, network modeling, social network simulation, network mining, and data science. 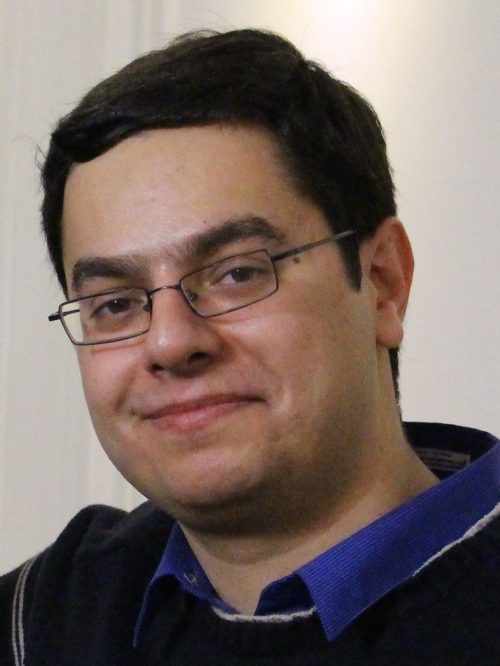 Title of Presentation:
Towards Network Systems that Improve with Experience (Slides)

Mohammad Alizadeh is an Assistant Professor in the Department of Electrical Engineering and Computer Science (EECS) at MIT, and a member of the Computer Science and Artificial Intelligence Laboratory (CSAIL). He completed his graduate studies at Stanford University, earning his Ph.D. in electrical engineering in 2013, and then spent two years at Insieme Networks (a datacenter networking startup) and Cisco before joining MIT. Mohammad’s research interests are in the areas of computer networks and systems. His current research focuses on network protocols and algorithms for large-scale datacenters, programmable switching architectures, and learning-based networked systems. Several solutions from Mohammad’s research have been implemented in open-source and commercial systems (e.g., DCTCP in Linux and Windows, CONGA in Cisco’s flagship datacenter switching products) and have been adopted by industry standards. Mohammad is a recipient of the NSF CAREER Award (2018), SIGCOMM Rising Star Award (2017), Alfred P. Sloan Research Fellowship (2017), Google Faculty Research Award (2016 and 2018), and multiple best paper awards.

Hamid Bagheri is an Assistant Professor in the Department of Computer Science and Engineering at University of Nebraska-Lincoln. He is a faculty associate of the Institute for Software Research (ISR), and a co-director of the ESQuaReD Lab. Prof. Bagheri is a recipient of the EPSCoR FIRST Award and the NSF CISE Career Research Initiation Initiative Award. Prior to joining UNL, he was a postdoctoral researcher at University of California, Irvine and Massachusetts Institute of Technology. He obtained his PhD in Computer Science from University of Virginia. His research interests are in the field of software engineering, and to date his focus has spanned the areas of security analysis, software testing, applied formal methods, program analysis, and software architecture.

Pieter Cuijpers is an Assistant Professor in the System Architecture and Networking Research group at Eindhoven University of Technology (TU/e). He received his MSc in Electrical Engineering and his PhD in Computer Science from TU/e in 2000 and 2004 respectively. After developing a process algebra for hybrid systems (HyPA), his current research interests include the application of quantitative formal methods to cyber physical systems, with a focus on performance analysis and scheduling of distributed embedded systems. Important techniques that play a role in this are:
max-plus algebra and dataflow modeling
event-based modeling and simulation
axiomatic reasoning about execution intervals
Currently, Pieter is supervising three PhD students, in the rCPS project on data-intensive sensing (Jingyue Cao), the Awesome project on evolution of software components (Nan Yang), and the RWS project on a platform for sharing mobility data (Jeroen Redegeld).

The best experience in hospitality in my career so far, and delighted to find eager students who are willing to join in a discussion and think for themselves.

Title of Presentation:
Evolution of the Internet: Past, Present, and The Future

Yashar Ganjali is an associate professor of computer science at the University of Toronto. He is a member of Computer Systems and Networks Group. He received his BSc in Computer Engineering from Sharif University of Technology, and his MSc in Computer Science from University of Waterloo. He completed his PhD in Electrical Engineering at Stanford University. His PhD dissertation studied the buffer sizing problem in Internet core routers, and showed the possibility of reducing buffer sizes from millions of packets to just a few packets in Internet core routers.
Dr. Ganjali’s research interests include packet switching architectures/algorithms, software defined networks, data center networking, congestion control, network measurements, and online social networks. He has received several awards for his research including best paper award in Internet Measurement Conference 2008, best paper runner up in IEEE INFOCOM 2003, best demo runner up in SIGCOMM 2008, first and second prizes in NetFPGA Design Competition 2010, Cisco Research Award, and a Distinguished Faculty Award from Facebook.

Fatemeh Ghassemi has received her Ph.D in Software Engineering from Sharif university of technology in 2011, and in Computer Science from Vrije Universiteit of Amsterdam in 2018. She is an assistant professor at University of Tehran since 2012, supervising the Formal Methods laboratory. Her research interest includes formal methods in software engineering, protocol verification, model checking, process algebra, software testing, and wireless systems.

Hossein Hojjat is an assistant professor in the Computer Science department at the Rochester Institute of Technology (RIT). Before joining RIT, he was a postdoctoral researcher at Cornell University. He earned a PhD in Computer Science from EPFL in 2013. His research interests center on program synthesis and verification.

Title of Presentation:
Research Methods in Networks and Systems (Slides)

Srinivasan Keshav is a Professor of Computer Science at the University of Waterloo. He received a B.Tech in Computer Science and Engineering from IIT Delhi in 1986 and Ph.D. in Computer Science from the University of California, Berkeley in 1991. He was subsequently an MTS at AT&T Bell Labs and an Associate Professor at Cornell. In 1999 he left academia to co-found Ensim Corporation and GreenBorder Technologies Inc. He has been at the University of Waterloo since 2003, holding first a Canada Research Chair and then the Cisco Chair in Smart Grid. His honours include being named ACM Fellow and IEEE Senior Member, two Test of Time awards from ACM SIGCOMM, and best paper awards at ACM SIGCOMM, MOBICOM, and eEnergy. He is the author of two graduate textbooks on computer networking and has served both as Chair of ACM SIGCOMM and as Associate Dean of Graduate Studies in the Faculty of Mathematics, University of Waterloo.

Maarten van Steen works in the field of networked computer systems, with an emphasis on wireless systems as well as more traditional distributed systems. He is an alumnus of the University of Twente where he graduated in 1983 in Applied Mathematics. After completing his PhD at the Computer Science department in Leiden, Van Steen worked at TNO Delft, where he carried out research on parallel computing and gained his first experience in research management. He continued his academic career at Erasmus University Rotterdam and later at VU University Amsterdam, where he was appointed full professor in 2002.

Since January 2015 he is Scientific Director of the digitalization research institute of the University of Twente: The Digital Society Institute. He chairs the ICT Research Platform Netherlands, representing all Dutch academic departments and institutes. He is also chair of NWO Informatics advisory committee.

It is seldom that I manage to attend all lectures at a summer school or workshop where I am one of the invited speakers. The fact that I spent every day at the school, missing only the speakers on the first day (when I was traveling to Iran), says a lot about the high standards maintained by TeIAS. Inspiring and rich on content, with lots of high-quality interactions. One of those events that I will not easily forget.

Marjan Sirjani is a Professor and chair of Software Engineering at Mälardalen University, and the leader of Cyber-Physical Systems Analysis research group. She is also a part-time Professor at School of Computer Science at Reykjavik University. Her main research interest is applying formal methods in Software Engineering. She works on modeling and verification of concurrent, distributed, and self-adaptive systems. Marjan and her research group are pioneers in building model checking tools, compositional verification theories, and state-space reduction techniques for actor-based models. She has been working on analyzing actors since 2001 using the modeling language Rebeca (http://www.rebeca-lang.org). Rebeca and its extensions are designed to bridge the gap between model-based software development and formal analysis, and has been used for analyzing different network and system applications. Her research is now focused on safety assurance and performance evaluation of self-adaptive systems, in which she is collaborating with Ptolemy group at UC Berkeley. Marjan has been the PC member and PC chair of several international conferences including SEFM, iFM, Coordination, FM, FMICS, SAC, FSEN, and guest editor for special issues of the journals Science of Computer Programming and Fundamenta Informaticae. Before joining academia as a full-time faculty, she has been the managing director of Behin System Company for more than ten years, developing software and providing system services. Marjan served as the head of the Software Engineering Department of School of Electrical and Computer Engineering at the University of Tehran prior to joining the School of Computer Science at Reykjavik University in 2008.