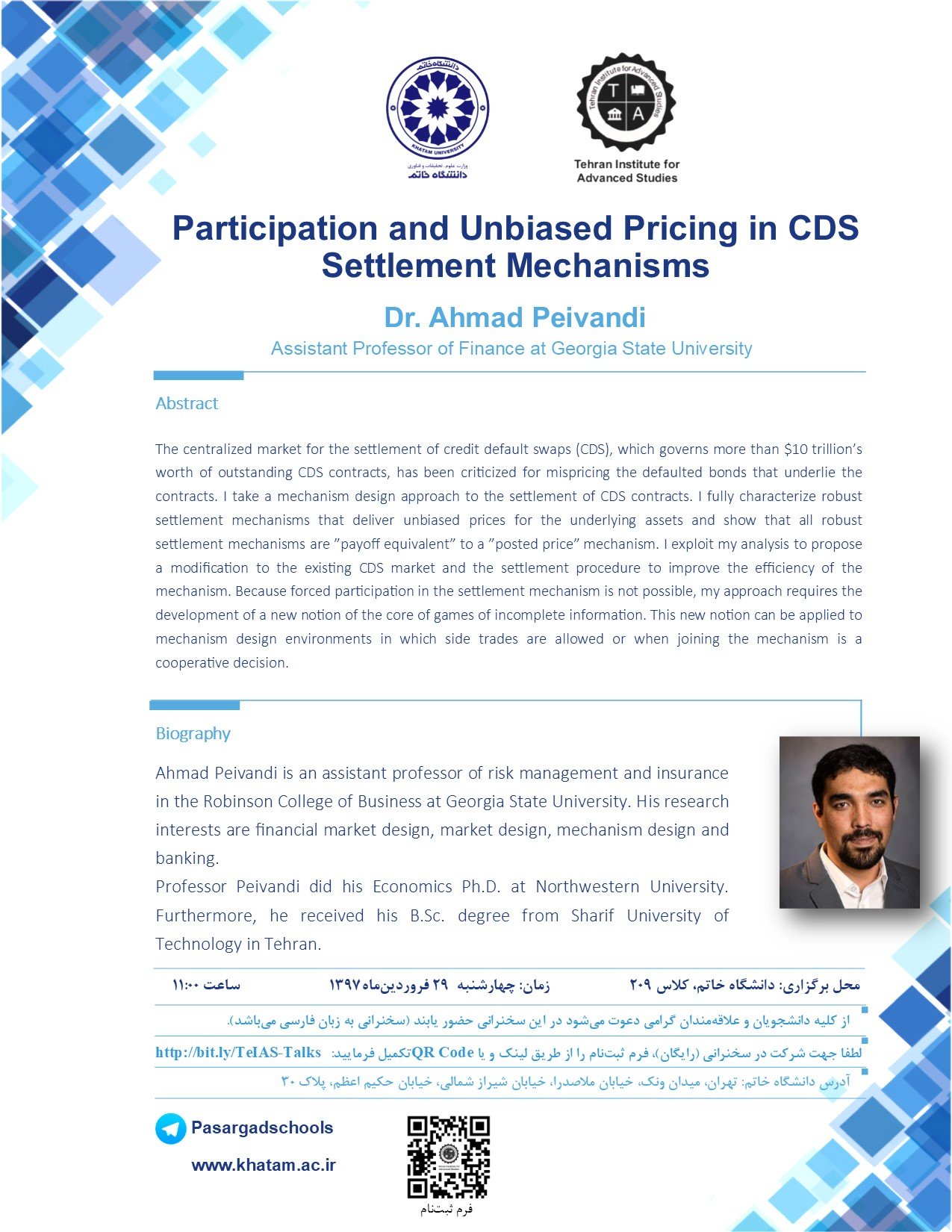 The centralized market for the settlement of credit default swaps (CDS), which governs more than $10 trillion’s worth of outstanding CDS contracts, has been criticized for mispricing the defaulted bonds that underlie the contracts. I take a mechanism design approach to the settlement of CDS contracts. I fully characterize robust settlement mechanisms that deliver unbiased prices for the underlying assets and show that all robust settlement mechanisms are ”payoff equivalent” to a ”posted price” mechanism. I exploit my analysis to propose a modification to the existing CDS market and the settlement procedure to improve the efficiency of the mechanism. Because forced participation in the settlement mechanism is not possible, my approach requires the development of a new notion of the core of games of incomplete information. This new notion can be applied to mechanism design environments in which side trades are allowed or when joining the mechanism is a cooperative decision. 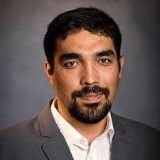 Ahmad Peivandi is an assistant professor of risk management and insurance in the Robinson College of Business at Georgia State University. His research interests are financial market design, market design, mechanism design and banking. Professor Peivandi did his Economics Ph.D. at Northwestern University. Furthermore, he received his B.Sc. degree from Sharif University of
Technology in Tehran.