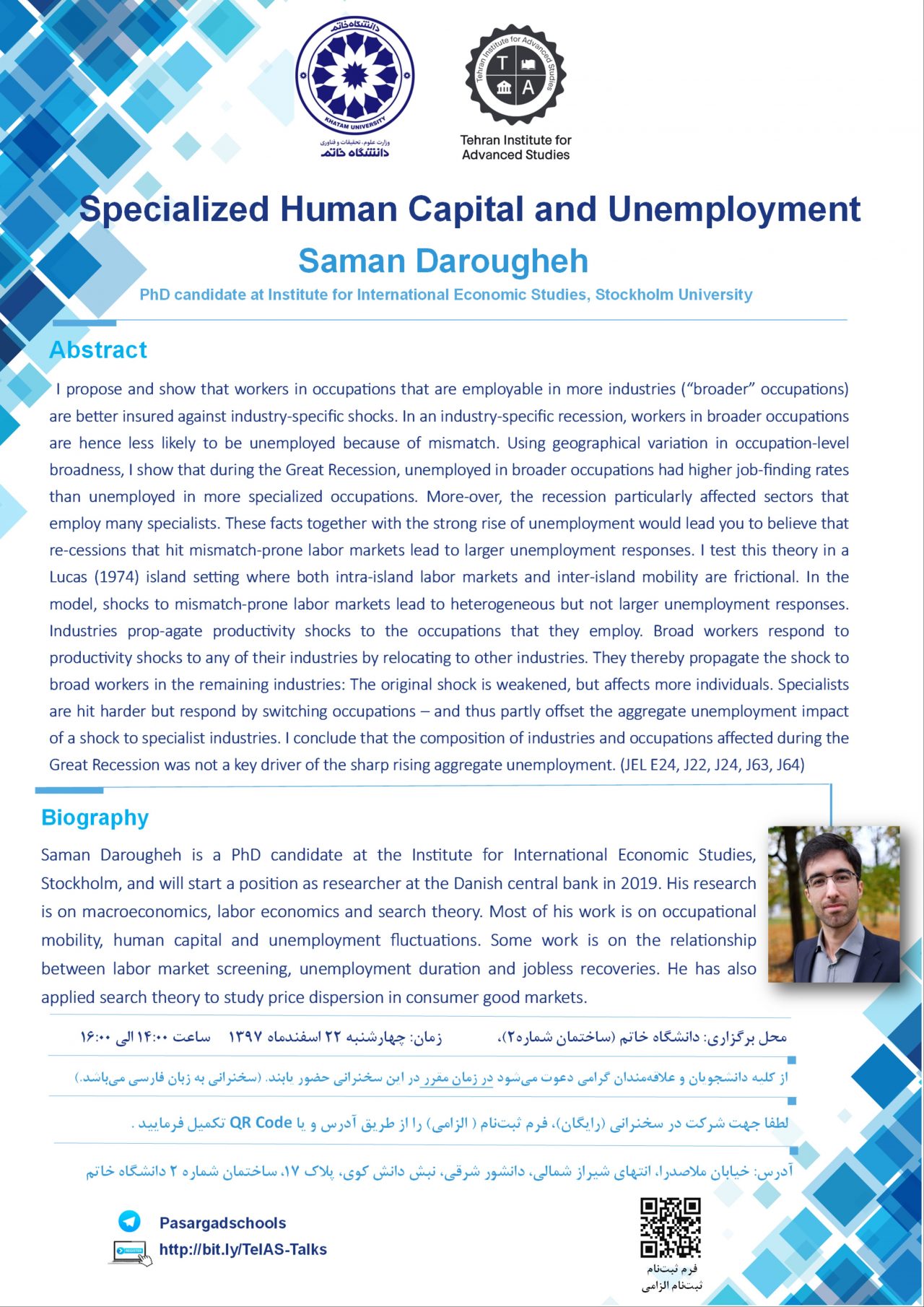 PhD candidate at the Institute for International Economic Studies, Stockholm

I propose and show that workers in occupations that are employable in more industries (“broader” occupations) are better insured against industry-specific shocks. In an industry-specific recession, workers in broader occupations are hence less likely to be unemployed because of mismatch. Using geographical variation in occupation-level broadness, I show that during the Great Recession, unemployed in broader occupations had higher job-finding rates than unemployed in more specialized occupations. More-over, the recession particularly affected sectors that employ many specialists. These facts together with the strong rise of unemployment would lead you to believe that re-cessions that hit mismatch-prone labor markets lead to larger unemployment responses. I test this theory in a Lucas (1974) island setting where both intra-island labor markets and inter-island mobility are frictional. In the model, shocks to mismatch-prone labor markets lead to heterogeneous but not larger unemployment responses. Industries prop-agate productivity shocks to the occupations that they employ. Broad workers respond to productivity shocks to any of their industries by relocating to other industries. They thereby propagate the shock to broad workers in the remaining industries: The original shock is weakened, but affects more individuals. Specialists are hit harder but respond by switching occupations – and thus partly offset the aggregate unemployment impact of a shock to specialist industries. I conclude that the composition of industries and occupations affected during the Great Recession was not a key driver of the sharp rising aggregate unemployment. (JEL E24, J22, J24, J63, J64) 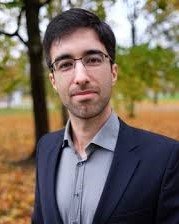 Saman Darougheh is a PhD candidate at the Institute for International Economic Studies, Stockholm, and will start a position as researcher at the Danish central bank in 2019. His research is on macroeconomics, labor economics and search theory. Most of his work is on occupational mobility, human capital and unemployment fluctuations. Some work is on the relationship between labor market screening, unemployment duration and jobless recoveries. He has also applied search theory to study price dispersion in consumer good markets.