The Determinants of the Intergenerational Transmission of Wealth 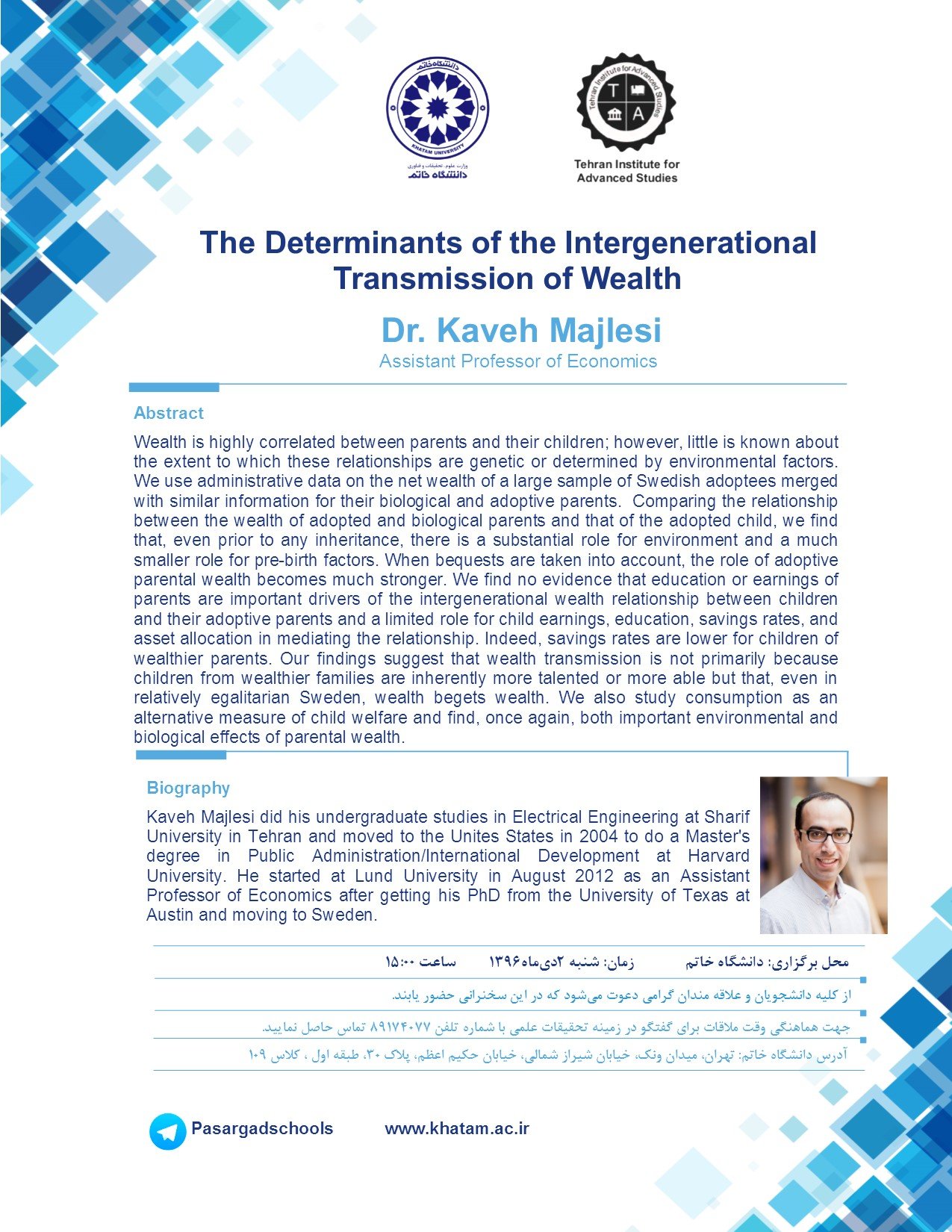 Wealth is highly correlated between parents and their children; however, little is known about the extent to which these relationships are genetic or determined by environmental factors. We use administrative data on the net wealth of a large sample of Swedish adoptees merged with similar information for their biological and adoptive parents. Comparing the relationship between the wealth of adopted and biological parents and that of the adopted child, we find that, even prior to any inheritance, there is a substantial role for environment and a much smaller role for pre-birth factors. When bequests are taken into account, the role of adoptive parental wealth becomes much stronger. We find no evidence that education or earnings of parents are important drivers of the intergenerational wealth relationship between children and their adoptive parents and a limited role for child earnings, education, savings rates, and asset allocation in mediating the relationship. Indeed, savings rates are lower for children of wealthier parents. Our findings suggest that wealth transmission is not primarily because children from wealthier families are inherently more talented or more able but that, even in relatively egalitarian Sweden, wealth begets wealth. We also study consumption as an alternative measure of child welfare and find, once again, both important environmental and biological effects of parental wealth.

Kaveh Majlesi did his undergraduate studies in Electrical Engineering at Sharif University in Tehran and moved to the Unites States in 2004 to do a Master’s degree in Public Administration/International Development at Harvard University. He started at Lund University in August 2012 as an Assistant Professor of Economics after getting his PhD from the University of Texas at Austin and moving to Sweden.