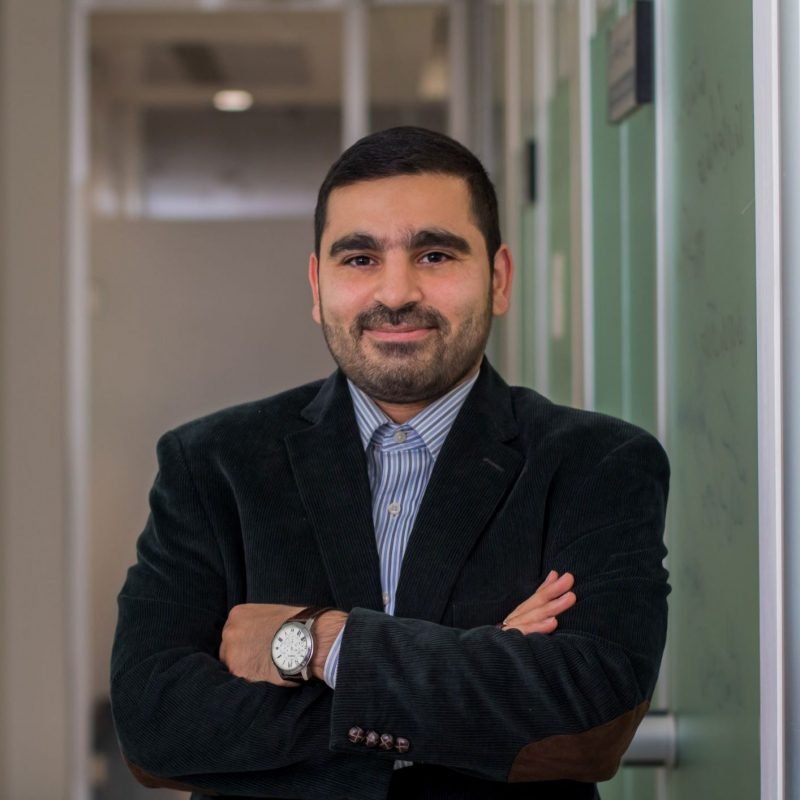 Hosein Joshaghani is an empirical economist, interested in using big data to better understand labor markets and the macroeconomy. His current research is mainly on identifying mechanisms through which discrimination takes place in the labor market, role of gig economy as a shock absorber and the optimal design and reform of labor markets.
He joined the Graduate School of Management and Economics at Sharif University of Technology as a visiting assistant professor after receiving his Ph.D. in Economics from the University of Chicago in 2017. Since May 2019 he joined TeIAS as an assistant professor of economics and finance.

Using the unique pricing method of Tapsi, the second-largest ride-hailing company in Iran, we estimate the price elasticity of demand for Tapsi rides. Tapsi mechanically divides Tehran, the largest city of Iran, into 256 regions using a 16 × 16 matrix of straight lines, to implement surge pricing in response to excess regional demand or supply. Surge multiplier works for all ride requests within each region, independent of supply and demand in neighboring regions or rides characteristics. We exploit this sharp discontinuity in pricing by running a regression discontinuity to estimate the causal effect of the price change on the number of ride requests, i.e., price elasticity of demand. Using information of more than 10 million unique ride requests, we estimate not only average price elasticity, but also price elasticity at different levels of surge multiplier. Moreover, we measure price elasticity for 1-h and 6-h horizons and estimate the price elasticity of − 0.25 and − 0.54 for each horizon, respectively. This can be explained by the fact that in longer horizons, customers can more easily choose alternative modes of transport. This finding supports the very fundamental economic principle of higher elasticities in the long-run than in the short-run. Furthermore, we find that dynamic pricing generated by Tapsi creates consumer surplus as large as 6.5 times the total revenue of Tapsi.

The opening of a new metro station, as a mode of the transportation corridor, potentially could have different effects on housing prices. We have investigated its effect on the value of residential properties around those stations, using data from large expansions of the metro network in Tehran, Iran. In the period of our study (April 2010 to December 2018), forty-five metro stations were inaugurated in Tehran. We use a difference-in-difference regression method to identify the causal effect of interest, where adjacent properties are used as the treatment group and similar but distant properties as the control group. The results indicate that, on average, the adjacent properties are affected by a 3.7% increase in price relative to distant properties. We also extend our study by categorizing new metro stations according to the extent of ex-ante access to other modes of public transportation such as bus rapid transit (BRT). We find 2 to 11 percent positive effect of new metro stations in regions with lower public transport, while in regions with ex-ante extensive public transportation system, we find less than 2 percent positive effect. 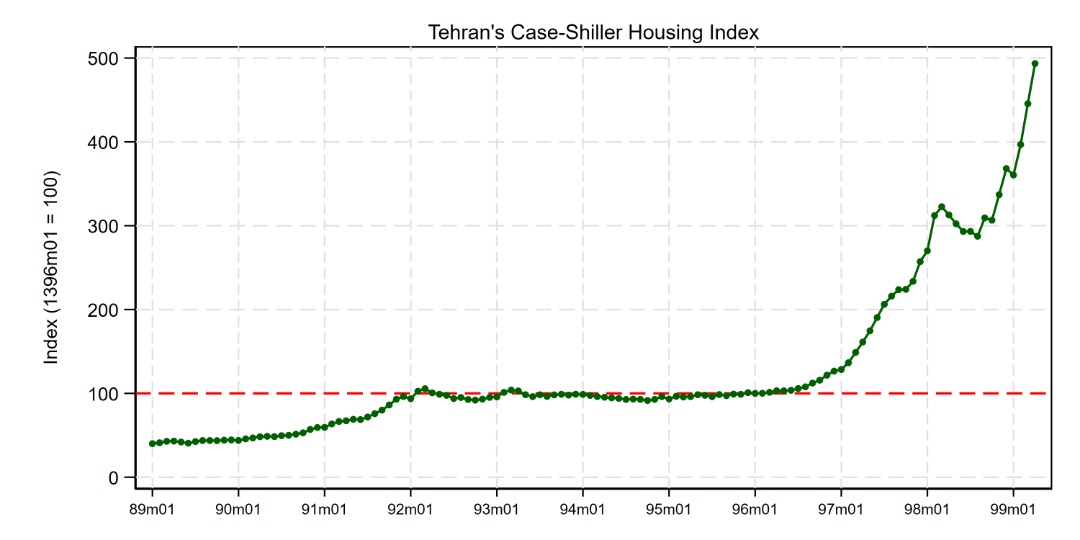 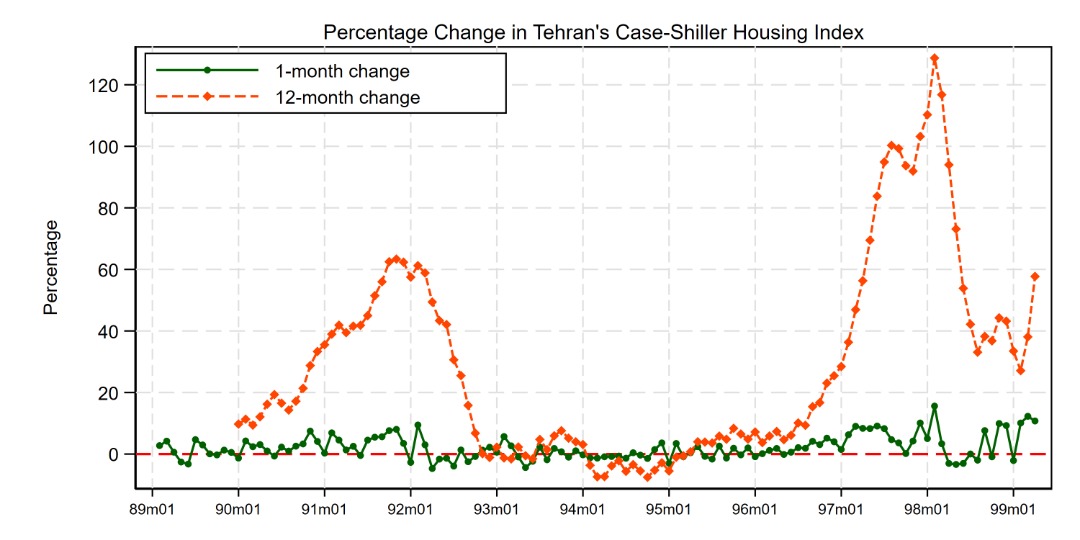 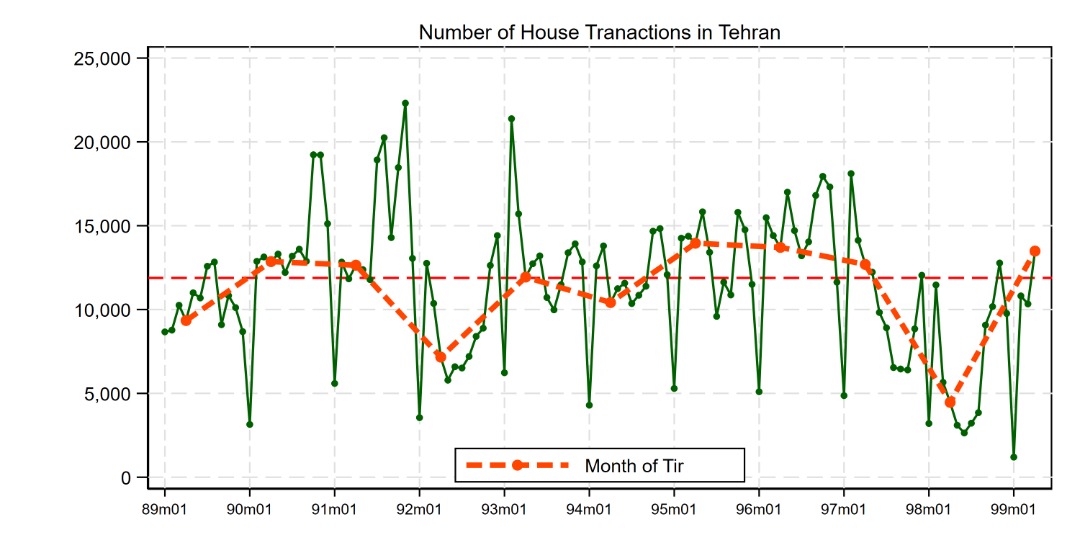 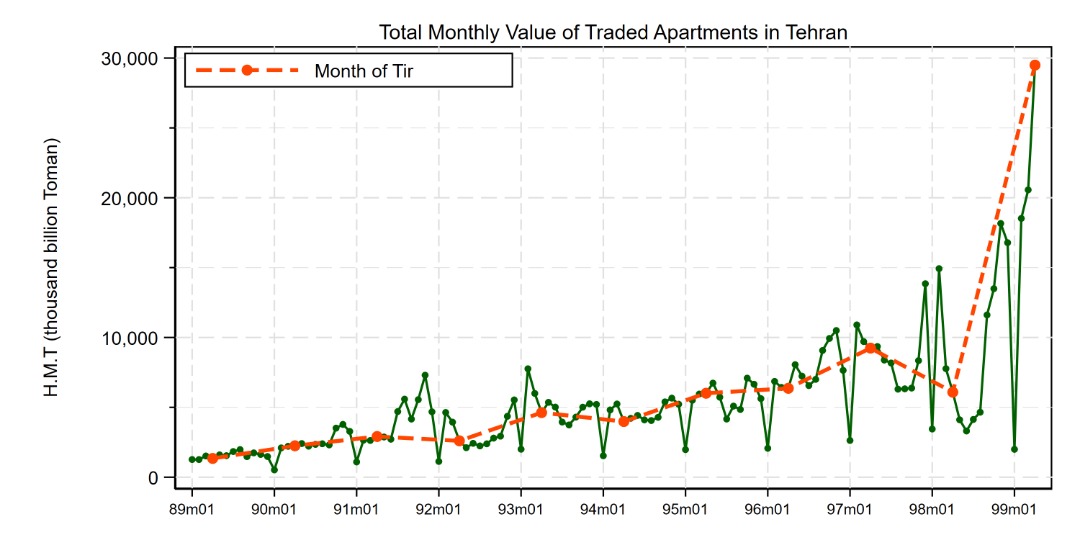 Sector Specific Human Capital and The Consequences of Job Displacement
2018 (Job market paper)
Job loss has a permanent negative effect on life-time earnings and, in general, on labormarket outcomes of workers. This negative effect is larger if job loss happens in recessionthan the case of job loss during expansion. In this paper, using linked employer–employeedata of Germany from 1975 to 2014, I show that about 55% of the variation in earning lossis accounted for by negative sectoral performance. Intuitively, earning losses associated withjob loss are greater during recessions, because the average displaced worker in a recessioncomes from an industry with poor performance relative to the average industry which makessector-specific skills less valuable. In other words, recessions are not only periods of more jobloss but also periods with more sectors of very poor performance. Hence, workers displacedin recessions are, on average, more likely to struggle with lack of demand for their skills.By building a model of sector-specific human capital, it is shown how loss of sector-specific human capital can explain huge and persistent earning and wage loss of displacedworkers. In addition, it is shown that concentration of displaced workers in severely decliningsectors during recessions is a potential explanation for larger earning loss in recessions thanjob-losses in expansions.

Uncertainty and Firm Dynamics
2014
Firms experience great volatility in their sales, profit and business conditions. Such fluctuations in uncertainty have important implications for further investment, inventory management and more basically on entry and exit decisions of firms. Developing a dynamic general equilibrium model of firm dynamics, I study the effect of productivity shocks on the endogenous decision of firms to enter, exit and the employment size of their production. The shocks are modeled at three levels: aggregate, sectoral and idiosyncratic level. Existence of fixed labor adjustment cost builds a region of inaction for the firms. Firms will enter, exit and hire/fire only when business conditions are too good or too bad. The salient feature of my model is that new entrants endogenously decide the size of their production. Hence I can study the size distribution of new entrants as well as all firms in different sectors and different economies. Directly computing the rational expectation equilibrium of the model suffers from the curse of dimensionality.

How Does Oil Prices Affect Manufacturing in Oil Producing Countries?
2012 (with Seyed Ali Madanizadeh)
Classical answer to this question is a decline explained by so called theory of Dutch disease: an increase in revenues from natural resources will make a given nation’s currency stronger compared to that of other nations (manifest in an exchange rate), resulting in the nation’s other exports becoming more expensive for other countries to buy, making the manufacturing sector less competitive. Although the intensive margin of trade, the value of exports of each firm, decrease in response to oil price increase which is traditionally explained by the Dutch disease theory, the extensive margin of trade is moving in the other way. Hence the total effect of oil price change on the manufacturing sector of oil producing countries is not clear. Imperfect capital market dampens the effect of Dutch disease through extensive margin of trade. When oil prices goes up, domestic firms are less competitive in foreign market due to the change in exchange rates so they export less, but due to entrance of new firms to export market, more goods are exported.