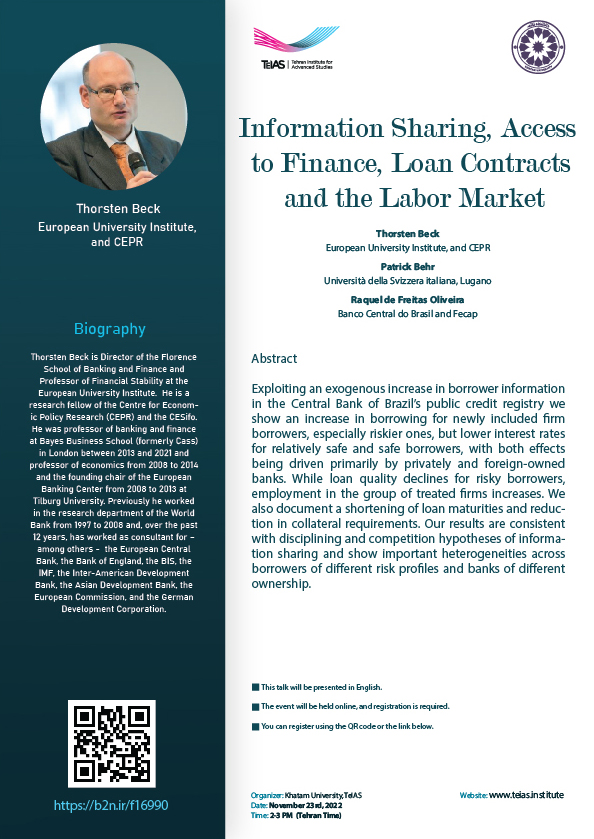 Exploiting an exogenous increase in borrower information in the Central Bank of Brazil’s public credit registry we show an increase in borrowing for newly included firm borrowers, especially riskier ones, but lower interest rates for relatively safe and safe borrowers, with both effects being driven primarily by privately and foreign-owned banks. While loan quality declines for risky borrowers, employment in the group of treated firms increases. We also document a shortening of loan maturities and reduction in collateral requirements. Our results are consistent with disciplining and competition hypotheses of information sharing and show important heterogeneities across borrowers of different risk profiles and banks of different ownership. 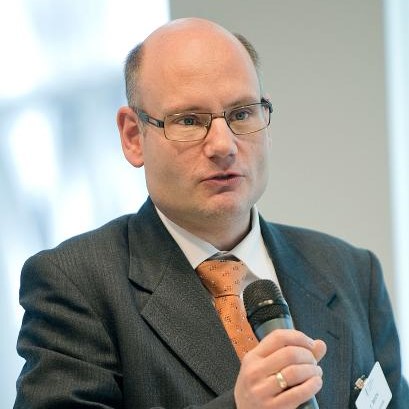 Thorsten Beck is Director of the Florence School of Banking and Finance and Professor of Financial Stability at the European University Institute. He is a research fellow of the Centre for Economic Policy Research (CEPR) and the CESifo. He was professor of banking and finance at Bayes Business School (formerly Cass) in London between 2013 and 2021 and professor of economics from 2008 to 2014 and the founding chair of the European Banking Center from 2008 to 2013 at Tilburg University. Previously he worked in the research department of the World Bank from 1997 to 2008 and, over the past 12 years, has worked as consultant for – among others – the European Central Bank, the Bank of England, the BIS, the IMF, the Inter-American Development Bank, the Asian Development Bank, the European Commission, and the German Development Corporation.