The Tehran Institute for Advanced Studies’ summer school on “Energy and Environmental Economics” takes an interdisciplinary approach to the socioeconomic dimensions of energy and environment. On one hand, energy supply and security are important issues nowadays for policymakers. On the other hand, environmentally friendly decisions are not luxury anymore. Evidence-based policy making in this area needs to be supported by research that is conducted at high level standards. This school covers a broad range of topics helping audience to have a better overview on the state of the art research. Tutorials will be given by renowned professors in the fields of climate change and global warming, regulation and pricing, environmental policy, energy and environmental law, political economy of energy, and empirical analysis of energy markets.

The course is intended for graduate students in Economics, Energy and Environment Policy, Law, and related fields. The course participants are assumed to have an intermediate understanding of core concepts in Economics.

Venue: The Energy and Environment Economics Summer School will be held at Khatam University 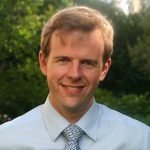 Professor Cameron Hepburn is the Director of the Economics of Sustainability Programme, based at the Institute for New Economic Thinking at the Oxford Martin School, University of Oxford. He is also Professor of Environmental Economics at the Smith School of Enterprise and the Environment, a Fellow at New College, Oxford, and a Professorial Research Fellow at the Grantham Research Institute at the London School of Economics. Cameron has degrees in law and engineering, a doctorate in economics, and expertise in energy, resources and environmental challenges. He has peer-reviewed publications in economics, public policy, law, engineering, biology and philosophy. His work has been referred to in publications such as the Economist and the Financial Times, and he has been interviewed on television and radio in various countries.

This is an excellent summer school in a fascinating country. I would heartily recommend it to students and leading professors from around the world. 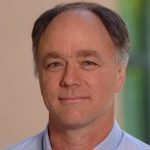 Title of presentations:
The Industrial Organization of Energy and Environmental Markets “Skype”

Professor Frank Wolak is the Holbrook Working Professor of Commodity Price Studies in the Department of Economics at Stanford University. His fields of specialization are Industrial Organization and Econometric Theory. His recent work studies methods for introducing competition into infrastructure industries — telecommunications, electricity, water delivery and postal delivery services — and on assessing the impacts of these competition policies on consumer and producer welfare. He is a visiting scholar at University of California Energy Institute and a Research Associate of the National Bureau of Economic Research (NBER). He currently directs the Program on Energy and Sustainable Development (PESD) in the Freeman-Spogli Institute (FSI) for International Studies. 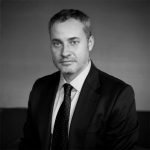 Title of presentations:
1.Technological Transitions and Their Implications for Future demand of fossil fuels
2.The Laws of Energy Transitions

Professor Jorge Viñuales holds the Harold Samuel Chair of Law and Environmental Policy at the University of Cambridge and is the Director of the Cambridge Centre for Environment, Energy and Natural Resource Governance (C-EENRG). He is also Of Counsel with Lalive and the Director-General of the Latin American Society of International Law. Prior to joining Cambridge, he was the Pictet Chair of International Environmental Law at the Graduate Institute, Geneva, where he keeps a limited affiliation as Adjunct Professor of Public International Law. He has also wide experience as a practitioner, both in an advisory and a litigation context. He has served as arbitrator, counsel, expert and, earlier in his career, as secretary of arbitration tribunals, and he is also the Chairman of the Compliance Committee of the UNECE Protocol on Water and Health.

My visit to Iran in the context of the Energy and Environmental Economics Summer School left a very strong and positive impression on me of how seriously the education of future generations is taken in the new Tehran Institute for Advance Studies. They must be praised for such a noble and important initiative. 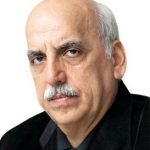 Title of Presentation:
Energy Economics and Finance in Iran (Slides)

Dr Hossein Abdeh Tabrizi obtained his bachelor degrees in commerce from Allameh Tabataba’i University. He continued his studies in Master of Business Administration at Iran Management and Productivity Center and got his PhD in Finance and Banking from Manchester Business School. Dr Abdoh has been teaching over last 40 years in many universities such as Sharif University, Allameh Tabataba’i University, Tehran University, and Imam Sadegh Universit. Beside lots of consultancy and advisory works, his research interests include financial crisis, bubble theory, capital markets, housing finance and behavioral finance. He is currently the finance adviser to the Iranian Minister of Roads and Urban Development. 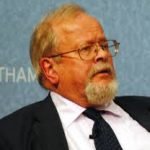 Title of Presentation:
Prospects for the International Oil Companies and Oil Prices: Lower for Longer? -Presented by Organizers (Slides)

Professor Paul Stevens is a distinguished fellow at Chatham House, having first joined the institute in 2008. He was educated as an economist and as a specialist on the Middle East at Cambridge. He is now professor emeritus at the University of Dundee and until recently, a visiting professor at University College London (Australia). He is also a distinguished fellow at the Institute of Energy Economics Japan (IEEJ) in Tokyo. He has published extensively on energy economics, the international petroleum industry, economic development issues and the political economy of the Gulf. He also works as a consultant for many companies and governments. In March 2009 he was presented with the OPEC Award in recognition of his outstanding work in the field of oil and energy research. 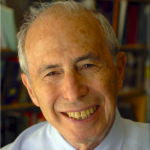 Professor Richard Eckaus is the Ford Foundation Professor of International Economics Emeritus at MIT. He received the Ph.D. from the Department of Economics at MIT in 1954, after previously receiving the B.S. in Electrical Engineering from Iowa State University in 1946 and the M.S. in Economics from Washington University, St. Louis, Mo., in 1948. He taught at Washington University, Michigan State University and Brandeis University before joining the Department of Economics, MIT in 1962, where he became the Head of the Department from 1986 to 1990. He is the recipient from the Portuguese government of the Great Cross of the Order of Prince Henry the Navigator. He has also studied and published research and policy papers on economic issues related to global warming. 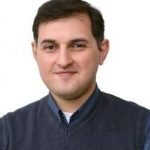 Dr Abbas Ghandi is a Post Doctorate Research Associate in Transportation Economics at the MIT Joint Program on the Science and Policy of Global Change. Following the completion of his Ph.D. in Transportation Technology and Policy at the Institute of Transportation Studies (ITS) at the University of California at Davis, he continued as a Post Doctorate Research Scholar in Energy Policy at ITS. Prior to joining MIT, he also did a Post Doctorate Fellowship in Energy Systems Modeling and Analysis at the University of Texas at Austin. In his energy policy set of research, he has conducted some analysis on the development of oil service contracts with a particular focus on potential for economically inefficient outcomes of Iran’s buy back service contracts and Iraq’s technical service contracts, using dynamic optimization technique. 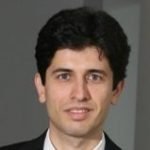 Title of Presentation:
The Emergence of Shale Producers and Its fundamental Effect on Energy Markets(Slides)