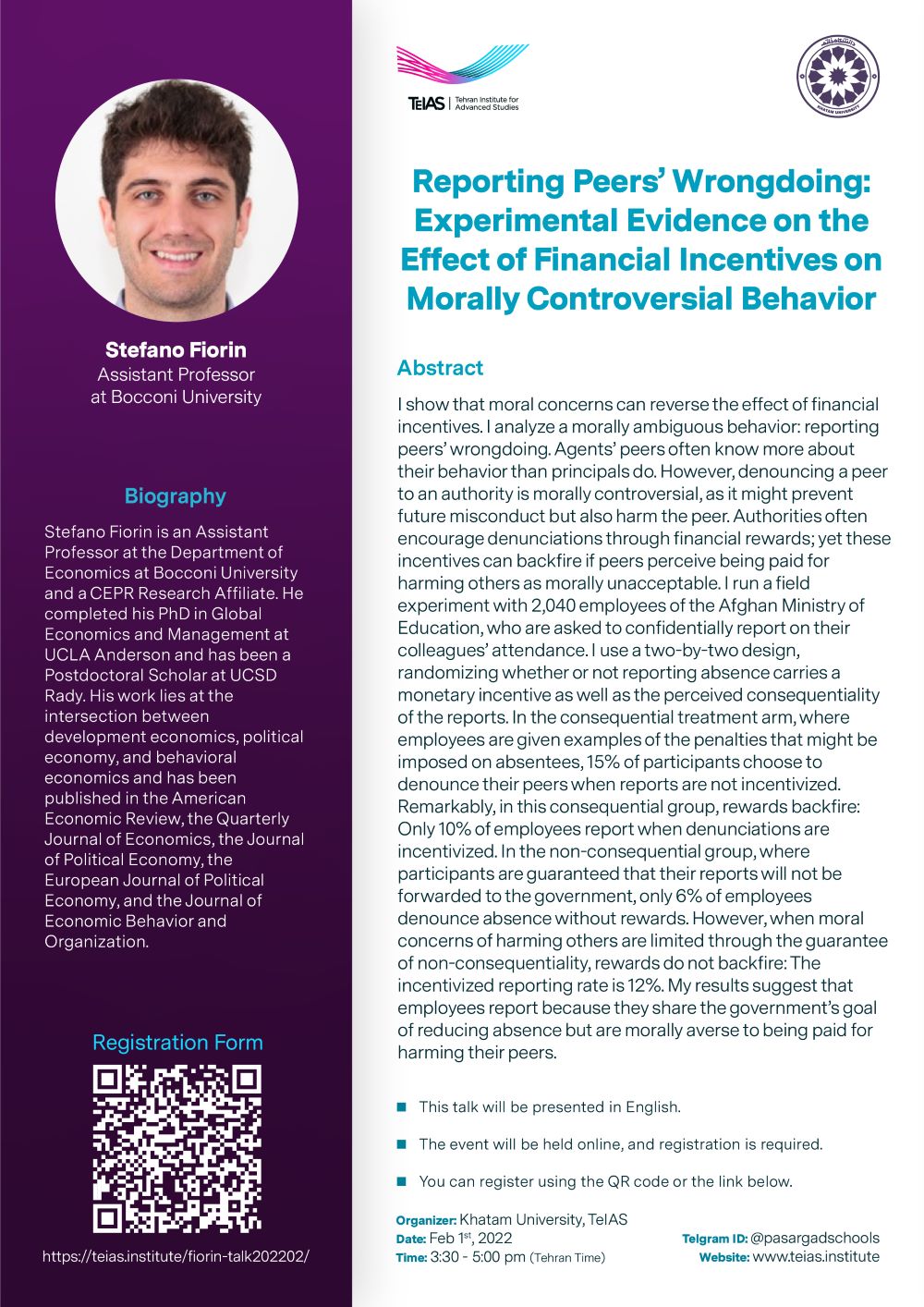 I show that moral concerns can reverse the effect of financial incentives. I analyze a morally ambiguous behavior: reporting peers’ wrongdoing. Agents’ peers often know more about their behavior than principals do. However, denouncing a peer to an authority is morally controversial, as it might prevent future misconduct but also harm the peer. Authorities often encourage denunciations through financial rewards; yet these incentives can backfire if peers perceive being paid for harming others as morally unacceptable. I run a field experiment with 2,040 employees of the Afghan Ministry of Education, who are asked to confidentially report on their colleagues’ attendance. I use a two-by-two design, randomizing whether or not reporting absence carries a monetary incentive as well as the perceived consequentiality of the reports. In the consequential treatment arm, where employees are given examples of the penalties that might be imposed on absentees, 15% of participants choose to denounce their peers when reports are not incentivized. Remarkably, in this consequential group, rewards backfire: Only 10% of employees report when denunciations are incentivized. In the non-consequential group, where participants are guaranteed that their reports will not be forwarded to the government, only 6% of employees denounce absence without rewards. However, when moral concerns of harming others are limited through the guarantee of non-consequentiality, rewards do not backfire: The incentivized reporting rate is 12%. My results suggest that employees report because they share the government’s goal of reducing absence but are morally averse to being paid for harming their peers. 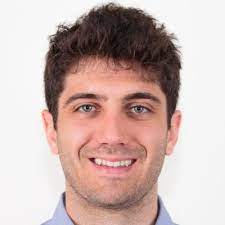 Stefano Fiorin is an Assistant Professor at the Department of Economics at Bocconi University and a CEPR Research Affiliate. He completed his PhD in Global Economics and Management at UCLA Anderson and has been a Postdoctoral Scholar at UCSD Rady. His work lies at the intersection between development economics, political economy, and behavioral economics and has been published in the American Economic Review, the Quarterly Journal of Economics, the Journal of Political Economy, the European Journal of Political Economy, and the Journal of Economic Behavior and Organization.