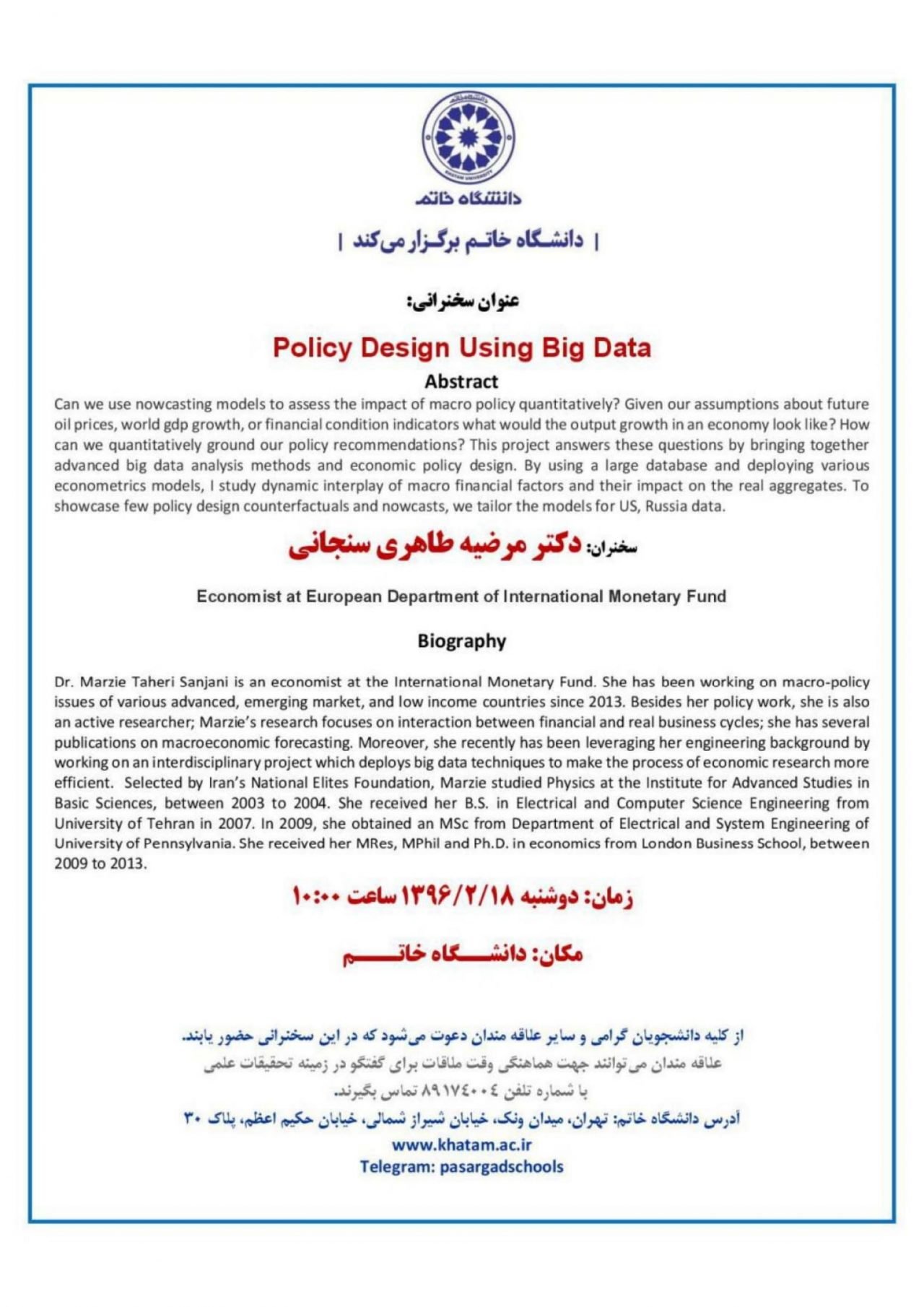 Economist at the International Monetary Fund

Can we use nowcasting models to assess the impact of macro policy quantitatively? Given our assumptions about future oil prices, world gdp growth, or financial condition indicators what would the output growth in an economy look like? How can we quantitatively ground our policy recommendations? This project answers these questions by bringing together advanced big data analysis methods and economic policy design. By using a large database and deploying various econometrics models, I study dynamic interplay of macro financial factors and their impact on the real aggregates. To showcase few policy design counterfactuals and nowcasts, we tailor the models for US, Russia data.

Dr. Marzie Taheri Sanjani is an economist at the International Monetary Fund. She has been working on macro-policy issues of various advanced, emerging market, and low income countries since 2013. Besides her policy work, she is also an active researcher; Marzie’s research focuses on interaction between financial and real business cycles; she has several publications on macroeconomic forecasting. Moreover, she recently has been leveraging her engineering background by working on an interdisciplinary project which deploys big data techniques to make the process of economic research more efficient. Selected by Iran’s National Elites Foundation, Marzie studied Physics at the Institute for Advanced Studies in Basic Sciences, between 2003 to 2004. She received her B.S. in Electrical and Computer Science Engineering from University of Tehran in 2007. In 2009, she obtained an MSc from Department of Electrical and System Engineering of University of Pennsylvania. She received her MRes, MPhil and Ph.D. in economics from London Business School, between 2009 to 2013.