An Introduction to SmartNICs and Their Use Cases 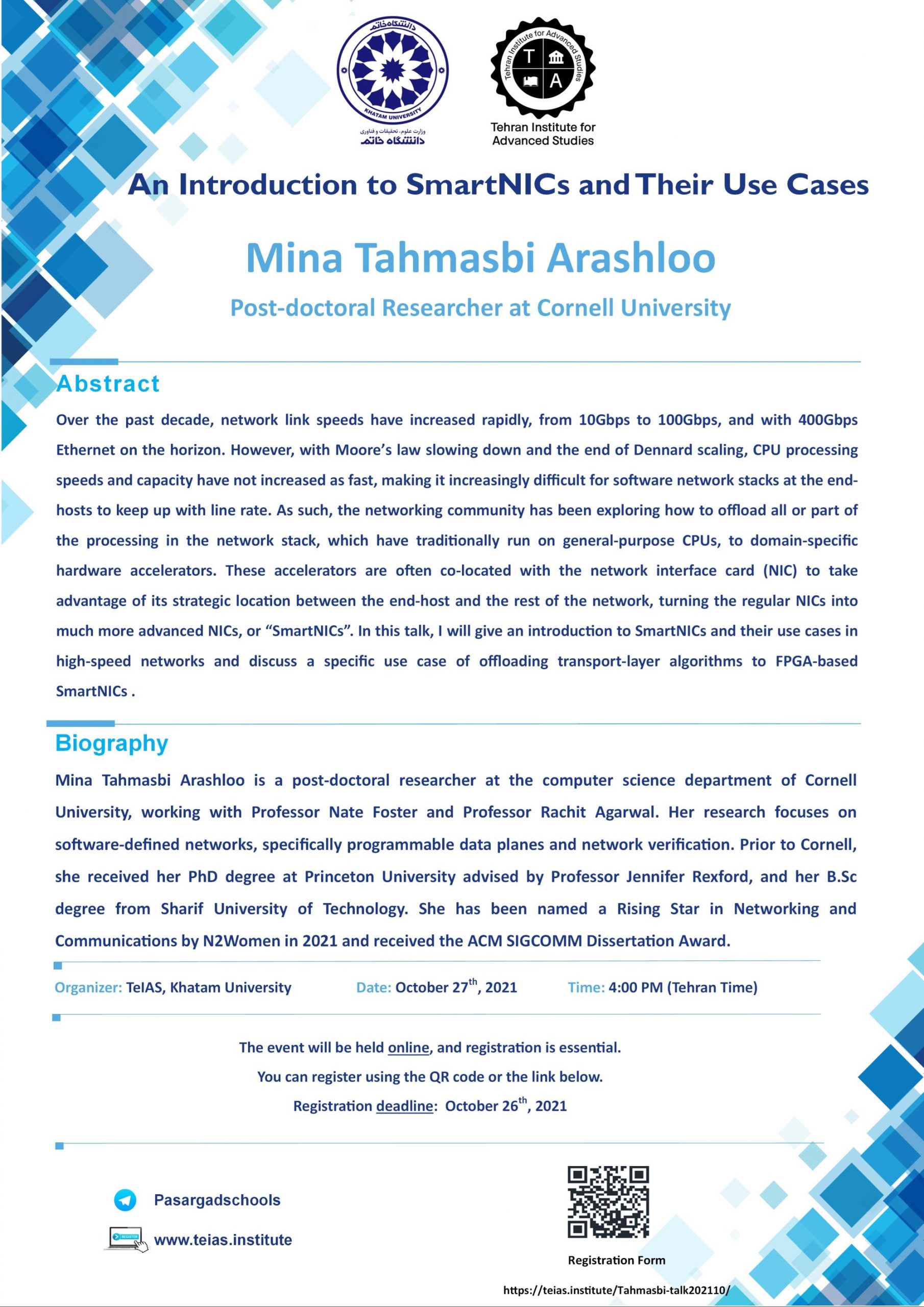 Over the past decade, network link speeds have increased rapidly, from 10Gbps to 100Gbps, and with 400Gbps Ethernet on the horizon. However, with Moore’s law slowing down and the end of Dennard scaling, CPU processing speeds and capacity have not increased as fast, making it increasingly difficult for software network stacks at the end-hosts to keep up with line rate. As such, the networking community has been exploring how to offload all or part of the processing in the network stack, which have traditionally run on general-purpose CPUs, to domain-specific hardware accelerators. These accelerators are often co-located with the network interface card (NIC) to take advantage of its strategic location between the end-host and the rest of the network, turning the regular NICs into much more advanced NICs, or “SmartNICs”. In this talk, I will give an introduction to SmartNICs and their use cases in high-speed networks and discuss a specific use case of offloading transport-layer algorithms to FPGA-based SmartNICs.

Mina Tahmasbi Arashloo is a post-doctoral researcher at the computer science department of Cornell University, working with Professor Nate Foster and Professor Rachit Agarwal. Her research focuses on software-defined networks, specifically programmable data planes and network verification. Prior to Cornell, she received her PhD degree at Princeton University advised by Professor Jennifer Rexford, and her B.Sc degree from Sharif University of Technology. She has been named a Rising Star in Networking and Communications by N2Women in 2021 and received the ACM SIGCOMM Dissertation Award.