Iran is the largest economy in the world that is still outside the World Trade Organization. What are the gains and challenges of integrating to the world economy for the Iranian consumers and producers? To answer these policy questions, it is imperative to understand the global economy and its institutions from both theoretical and empirical perspectives. The objective of this workshop is to bring interested Iranian scholars up to speed with the advances in International Trade Theory with an emphasis on Commercial Policy and Trade Agreements. It will cover topics including modern models of international trade, the global supply chain, and the purpose and the design of trade agreements.

The workshop is intended for graduate students and scholars with at least a basic knowledge of economic principles and international trade.

Venue: The International Trade Summer School will be held at Khatam University located at Hakim Azam Street in Vanak. 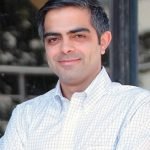 Title of Presentations:
1.Theory and Evidence on International Trade Policy and Agreements
2.How Do Terms-of-Trade Effects Matter for Trade Agreements?
(Slides) 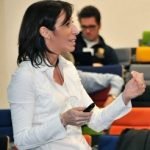 Paola Conconi is a Professor of Economics at the Université Libre de Bruxelles, a member of the European Center for Advanced Research in Economics and Statistics (ECARES) and Research Associate of the Fund for Scientific Research (FNRS). She is also a Research Fellow of the CEPR International Trade and Regional Economics Program, the Director of the CEPR Research Network on Global Value Chains, Trade and Development, and a CESifo Research Fellow. Her main research interests are in international trade, firm organization, and political economy. She is visiting professor at the Centre for Economic Performance (CEP) of the London School of Economics during 2016-2017.

Marcelo Olarreaga is Professor of Economics at the University of Geneva and Research Fellow at the Centre for Economic Policy Research (CEPR) in London. Before joining the University of Geneva he worked as an economist in the Research Department of the World Bank, as well the Economics Research Division of the World Trade Organization. He has also been an invited professor at CERDI (France), the Graduate Institute (Switzerland), INSEAD (France), Institute CLAEH (Uruguay), SciencePo-Paris (France), Universidad de la República (Uruguay) and the University of Antwerp (Belgium). He is currently doing research on the political economy of trade policy and trade agreements, barriers to developing countries exports and distributional and poverty impacts of trade reforms.

It was a pleasure to participate in the stimulating International Trade summer school at Khatam University. Thank you for your hospitality and the great and engaging discussions during and after the different sessions. I look forward to coming back… 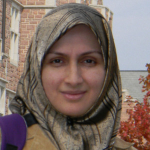 Kowsar Yousefi is assistant professor of economics at Institute for Management and Planning Studies (IMPS). She completed her PhD at University of Texas at Austin in 2012 and was post-doctoral researcher at Northwestern University School of Law in 2012-2013.

itle of Presentation:
Legal and Economic Implications of Iran’s Accession to the World Trade Organization

Sadeq Z. Bigdeli is a member of the Law Faculty at Shahid Beheshti University. He was a Senior Lecturer in Law at the University of Waikato in New Zealand from 2010 to 2016 (on leave from 2014). From 2015-2016, he was the First Vice President of the Iran Trade Promotion Organization and the Acting Head of International Affairs. In a relatively short period of time and in his capacity as Chief Negotiator appointed by the Ministry of Industry, Mine and Trade, Dr. Bigdeli succeeded in culminating the diplomatic support of the majority of key WTO member States in the form of a collective statement in the General Council in favor of reactivating Iran’s accession process… 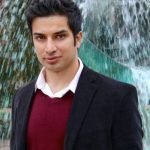 Ahmad Lashkaripour is Assistant Professor of Economics at Indiana University. His research interests are at the intersection of International trade and Economic development. His work emphasizes the role of composition (product-mix) in trade. Specifically, He studies the link between the characteristics of a nation and the structure of its foreign trade